Lamar Odom In Grave Condition After Overdosing at Nevada Brothel 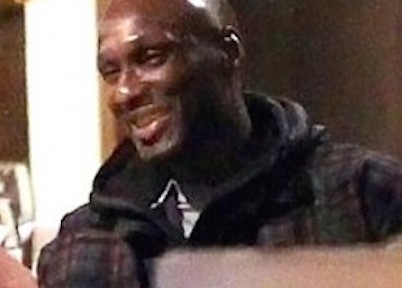 Lamar Odom is reportedly in an ICU unit at a Nevada hospital after being found unconscious at Dennis Hof’s Love Ranch South in Pahrump, aka, a brothel.

Odom was found by a working girl, aspirating fluids from his nose and mouth. He was rushed to the hospital and is currently on an assisted breathing device. Sources close to the situation say, Odom is in grave condition. *UPDATES BELOW*

Odom is fighting for his life after falling into unconsciousness at Dennis Hof’s Love Ranch South in Pahrump, Nevada … 35-year-old Odom arrived at the Ranch Saturday and was partying with the girls for days. A woman went into Odom’s room in the VIP suites and found him unconscious. We’re told the woman began screaming for the manager — who called 911. The manager rolled Lamar over on his side and saw “mucus-type liquid coming out of his nose and mouth.” An ambulance took Lamar to Pahrump hospital, where doctors intubated him … an indication he could not breathe on his own. h/t tmz

TMZ is reporting that Odom is being airlifted from the hospital to Las Vegas for more treatment.

*Update* Odom was stabilized and taken to Desert View Hospital in nearby Pahrump, the statement said. Officials then tried to have him airlifted to Las Vegas, but he was too tall for the helicopter that was available and he was driven by ambulance to Sunrise Hospital and Medical Center. h/t abc7

Love Ranch South owner Dennis Hof told Us that after Odom was found, staff called 911. Operators instructed the staff to roll Odom to his side, at which point, “a bunch of ugly stuff came out of him,” Hof explained. Odom was then transported to a nearby hospital. H/T usmagazine

A “hysterical” Khloe Kardashian reportedly rushing to Las Vegas to be by Odom’s side.