Dude Orders Dominos, Gets $1,300 Cash Instead 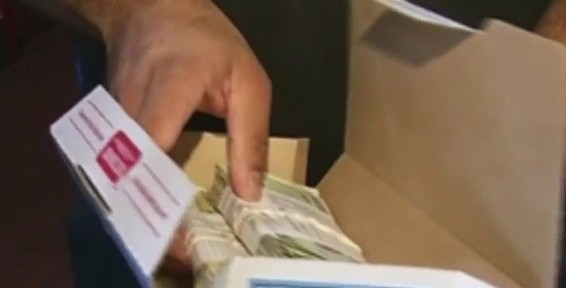 California man, Mike Vegas, got a little more than he ordered after finding cold hard cash in a box of Dominos chicken wings.

Vegas says he ordered a pizza and some wings from Domino’s, ate one slice, and didn’t touch his wings. After stashing his order in the fridge, he got hungry again. That’s went in for the wings and discovered the box stuffed with $1,300 cash instead. As it turns out, the delivery driver had been on his way to the bank and then Vegas’ house, but the bank got the wing and the money was accidentally delivered to him. h/t 6abc

After some pizza fueled contemplation, Vegas decided to give the money back.

The pizza chain repaid Vegas with a year’s worth of free pizza.