Hot Debate Guy: All The Attention Is Pretty Hilarious 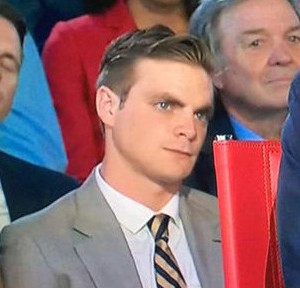 Gregory Caruso, aka “#HotDebateGuy,” who caused a social media stir after getting caught sitting behind CNN‘s Jake Tapper during the GOP debate on Wednesday, Sept. 16, says he thinks all the attention he’s getting is “pretty hilarious.

Caruso, an aspiring filmmaker, added that he isn’t letting his new social media fame go to his head. “It’s pretty hilarious,” Caruso, 24, told CNN of the Internet’s instant reaction. “Social media can focus on some guy at the debate instead of the debate.” h/t usmagazine

Caruso told the site that he first realized he was the subject of a hashtag gone viral after friends texted him the news. The USC graduate is not currently on Twitter or Facebook.