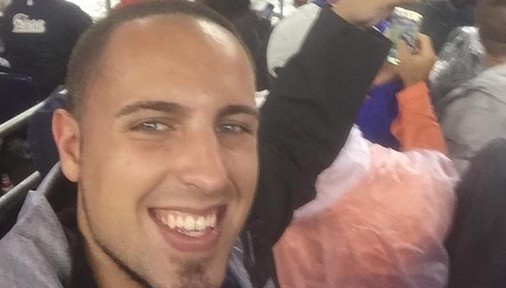 A cautionary tale! Watch what you tweet, especially if you’re if you’ve got killer seats and you want to stick around to watch the game..

During Thursday’s NFL season opener between the New England Patriots and Pittsburgh Steelers in Foxborough, Pats fan, Mike Tetreault @TheOfficialTATE, tweeted that he was going to run onto the field, if he received 10,000 retweets. That’s when security showed up and ejected him from the game. Here’s Tetreault getting the bum’s rush out of the stadium. “Roger Goodell and #NFL security just kicked me out #Gillette for a tweet. Not #Pats security but the #NFL.”

That’ll teach you got begging for retweets! Get them honestly, like everyone else, by posting crappy memes.