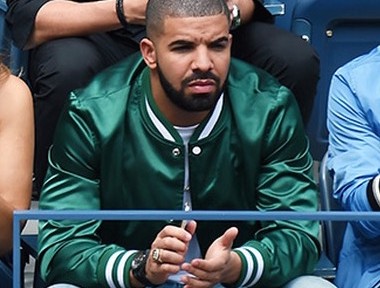 Drake loomed courtside as Serena Williams lost in her bid to win a record setting four Grand Slam singles titles in one calendar year, leaving many to wonder, why didn’t he just stay home?

Dressed in a green varsity jacket, the rapper made himself highly visible by standing up numerous times, shouting from the peanut gallery and all while mugging for cameras. The R.I.C.O. rapper didn’t bring her much luck. The seemingly unbeatable 21-time major champion suffered a surprising defeat to Italy’s Roberta Vinci after three sets, leaving many fans to wonder if Drake ended up a jinx to his rumored girlfriend.