Deflategate Judge: BRADY Is On My Fantasy Football Team! 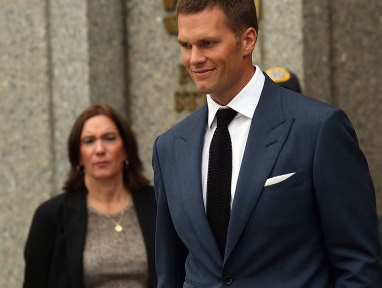 When asked by reporters, Berman said that Brady made his fantasy roster however, “played no role whatsoever” in his judicial decision. “As a federal judge, I made this ruling based strictly on legal precedents and the merits of the case,” Berman said. “But, as a fantasy-team owner, sure, it’s going to be awesome to see Tom in there for all sixteen games.” The judge said that he was especially looking forward to seeing how Brady takes advantage of what he called “an amazing array of offensive weapons.” “Gronk is going to have a big year, and even if Julian Edelman isn’t ready for Week One, I think Reggie Wayne is going to surprise a lot of people,” Berman, who also has selected Wayne for his fantasy team, said. h/t thenewyorker

For his part, Brady minimized the role that Berman’s fantasy team might have played in Thursday’s legal victory. “A win’s a win,” he said.