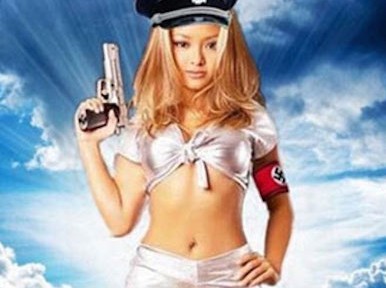 Tila Tequila just got booted from “Celebrity Big Brother UK” after producers learned she is a Nazi sympathizer. The early exit means she will not be getting paid.

In 2013, Tequila posed in Nazi regalia while photoshopped standing outside of Auschwitz. The former reality star was kicked off across the pond in the UK and after the subject of Hitler came up while she was in the house, producers raised the red flag. According to her manager, they made the decision to remove her from the show immediately. h/t TMZ

Not only was she thrown out of the house, Tequila will be receive her $175,000 fee to participate on the show.