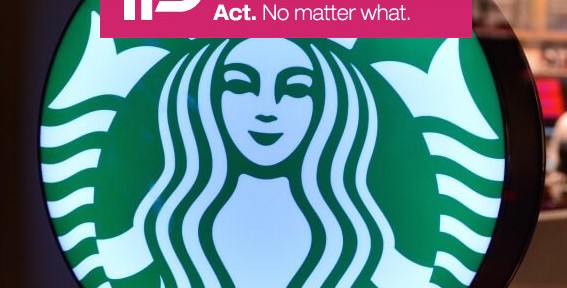 I am a Gold Card member of Starbucks. I love your products and have for many years, specifically the grande mocha with coconut milk, no whip, extra hot. That’s my drink. I am two stars away from receiving a free drink on my Gold Card. I worked hard for that. It’s not easy to earn your rewards and your coffee ain’t cheap. But I almost have a free mocha out of it and I was looking forward to it. Then I discovered that Starbucks is subsidizing Planned Parenthood, which has recently been caught on video tearing apart the bodies of fully formed human beings and selling off their organs to the highest bidder. So, not only does my tax money go to fund these inhuman butchers, but now my coffee money does, too. Not anymore. I don’t usually support advertising boycotts because it hurts businesses that are just trying to market a product, but this time I can’t wrap my head around why on earth Starbucks is giving money to Planned Parenthood. Don’t you want more customers? Do you realize Planned Parenthood is killing off millions of potential Starbucks customers and selling them off for spare parts?

With all the sanctimonious garbage on your website and in your stores about “ethical growing” and “ethical harvesting” I would think you’d care about the completely UNETHICAL and hideous practice of harvesting human organs in the name of medical research. These babies are so big their sex can be determined! (“It’s another boy!” says the abortion doctor as she chuckles while ripping his legs off.) These are no clumps of tissue, but babies with lungs and livers and hearts they’re haggling over. I will no longer be supporting Starbucks (and that pains me because I was truly addicted) until you stop funding this monstrous organization with my money.

It makes me sick that I have given to this organization through you. What right do you have to give my money to child killers? No more. You won’t see another dime. Dunkin’ Donuts is good enough for me and they aren’t actively supporting crazed political organizations bent on exterminating human lives.

Here’s another thought for you. Remember a few months ago when Starbucks wanted to discuss race? You were so concerned about racial issues in America, right? Guess who is responsible for the systematic extermination of the black race — happening right now? Planned Parenthood. The majority of abortions they perform are on blacks and minorities (by design, if one is to believe Planned Parenthood founder Margaret Sanger, who called blacks “human weeds”). If Starbucks really cared about racial discrimination, they would pull their donations from the racists at Planned Parenthood.

I would like to hear a response to this letter. I will await a public statement that Starbucks is pulling all funding from Planned Parenthood before I ever darken your doors again.