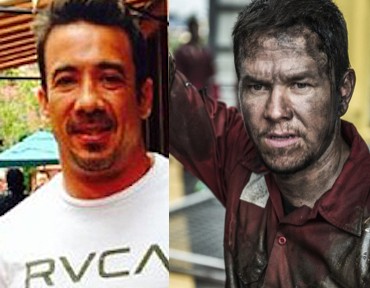 Shawn Robinson, a well known stuntman working on Mark Wahlberg and Kate Hudson‘s upcoming drama Deepwater Horizon, was found dead in his hotel room. He was 41.

The cast and crew became alarmed after Robinson failed to show up on-set last week, he was later found lifeless in his room. The production released the following statement, “On behalf of the producers, cast, and crew of Deepwater Horizon and the entire Lionsgate family, we want to send our most heartfelt condolences to the family of Shawn Robinson,” Lionsgate, the production company behind Robinson’s last project, told Deadline in a statement on Thursday, Aug. 6. “Shawn was a gifted stunt performer and a beloved and trusted member of our crew. We grieve with his family over this tremendous loss.”

Robinson has worked on many major motion pictures including, Guardians of the Galaxy, Captain America: The Winter Soldier, The Lone Ranger, X-Men: The Last Stand, and the first three Transformers films. Shawn was the son of legendary stuntman Dar Robinson.