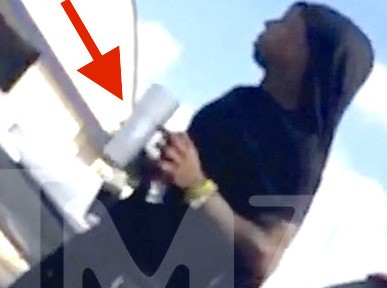 Lil Wayne forced a private jet to return to the airport after the pilot detected the rapper using drugs.

Wayne and his entourage were observed smoking marijuana against the wishes of the captain and crew, forcing the pilot to return to an airport in Ft. Lauderdale. Wayne asked if he could smoke weed on the flight—the captain answered that he certainly could not. But that wasn’t going to stop a stoner as legendary as Lil Wayne, of course—he lit up, and after 17 minutes of flight time the captain immediately turned the plane around, landed back where he took off, and sent Weezy out the door. h/t rap-up

Wayne was also reportedly drinking codeine aka sizzurp during the flight, the same concoction that caused him to experience seizures while traveling on another private jet.