Did Trump Go TOO FAR? The Comment That Has The Nation OUTRAGED 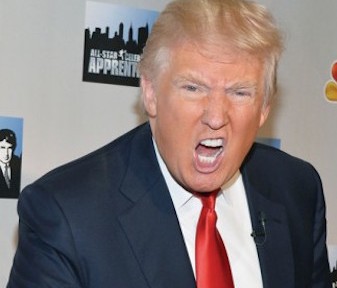 Donald Trump took on Sen. John McCain Saturday by saying he was not a war hero because he was captured by the North Vietnamese.

“He’s not a war hero,” Trump said, adding “He’s a war hero because he was captured, I like people that weren’t captured.” Trump’s comments came during his appearance at the Family Leadership Summit.

Former Texas governor Rick Perry, a Republican presidential candidate himself, said Trump was “unfit” to serve as president and should “immediately withdraw” from the race. “Donald Trump should apologize immediately for attacking Senator McCain and all veterans who have protected and served our country,” Perry said in a statement. “As a veteran and an American, I respect Sen. McCain because he volunteered to serve his country. I cannot say the same of Mr. Trump. His comments have reached a new low in American politics. His attack on veterans make him unfit to be Commander-in-Chief of the U.S. Armed Forces, and he should immediately withdraw from the race for President.” h/t WP

Jeb Bush, the former Florida governor, also chimed in with a Twitter post calling or an end to such “slanderous attacks”: