You Won’t Believe What Replaced The Confederate Flag On eBay 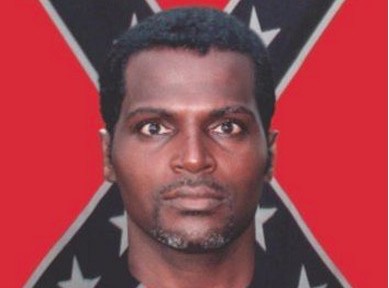 eBay may have banned sales of the Confederate flag on their popular auction site, but what cropped up in its place, and very first in the cue no less, is an ultra-controversial book, (yes we said book,) entitled “Why I Wave Confederate Flag, To End Niggerism And End The Welfare State.” So much for the chill title approach.

Here’s a description of the explosive paperback and its contents from the one of numerous eBayers selling it:

“Why I Wave the Confederate Flag, Written by a Black Man: The End of Niggerism and the Welfare State”

Congress shall make no law respecting and establishment of religion, or prohibiting the free exercise thereof; or abridging the freedom if speech, or of the press;or the right of the people peaceably to assemble, and to petition the Government for a redress of grievances. This book is about truth and passion.

What makes this book dangerous is its raw honesty. Mr. Hervey lifts the veil of Black decadence at the same time he exposes the lies and political correctness of modern day America. Mr. Hervey said “I show that the Civil War was not fought over slavery and that the demise of my race in America is not of the White man, but rather of our own making. In this book I show how Blacks in America ran away from physical bondage to one far worse– mental bondage.”

A percentage of the proceeds of the sale of this book will aid Mr. Hervey in his legal defense for his false imprisonment and a percentage will be donated to the preservation of Southern Heritage. A financial contribution will be given to the victims of Katrina both Black and White.

Editorial Reviews
About the Author
Anthony Hervey was born in Water Valley, Mississippi. He grew up in Oxford, Mississippi. Anthony Hervey served in the military for a short period after which he attended the University of Mississippi, he studied sociology and Afro Studies and then travelled to London, England where he studied M.Sc. Race & Ethnicity at the University of London. He was intern in Parliament in London and was often seen in London’s famous Hyde Park and Speakers Corner debating on Economic, Political and Social issues, which drew large crowds.
Mr. Hervey campaigned against the removal of the confederate Symbol in the Mississippi State Flag. He appeared in CNN Talkback Live, BET and Radio Talk Shows. Anthony Hervey is often seen on the square in Oxford, Mississippi under the Confederate Soldiers Monument, waving his Confederate Flag and protesting against poverty in the State of Mississippi.

See auction here, or go to eBay and type in “Confederate Flag” and see what you comes up for you!