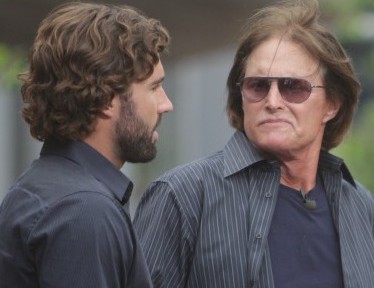 Woohoo for Caitlyn Jenner winning her ESPY “Courage” Award, but in the not too distant past, Jenner was anything but courageous, abandoning his boys when he left his then wife, beauty pageant queen, Linda Thompson, to hook up with Kris Kardashian and her brood back in the day.

Jenner’s son, Brody Jenner, back in 2013, talked about the agony of losing his father to the Kardashians only to watch him pamper his new family from afar, on reality TV. “The way I see Bruce with Kendall and Kylie, I’m actually so happy for them,” Brody said back in 2013. “I think that Bruce is an incredible father. He just wasn’t a great father to me.”

Thompson commended Brody for his honesty in a tweet she later deleted back in 2013,

“I commend Brody’s honesty, there is too much hypocrisy in this world.”