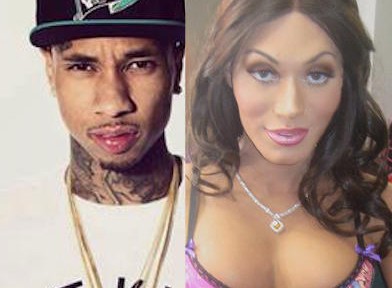 We knew all along that Tyga‘s relationship with Kylie Jenner was as fake as a three dollar bill, and now newly leaked text messages show who the REAL lady is in the rapper’s life, and that’s no lady, it’s transsexual actress Mia Isabella.

Reports show Tyga has had an ongoing relationship with Isabella for almost 3 years ever since she moved to LA. The actress was referred to as a fashion stylist and consultant for Tyga’s brand. It has been said that the two didn’t try to keep their fling a secret, as they invited people into their time spent together. According to the source, he’s been willing to risk it all as he never stopped their “relationship” despite the fact that he was in a relationship with Blac Chyna, and now has an alleged girlfriend, Kylie Jenner. h/t allhiphop

The text messages show a conversation between the secret couple, one clearly showing Tyga’s signature tattoos while he proudly displays a little something else.