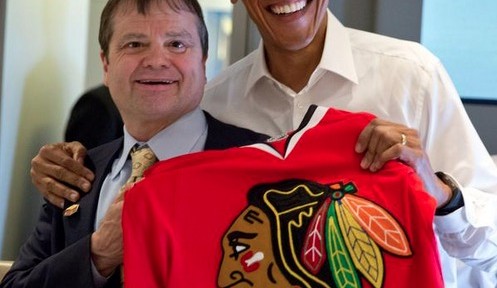 President Barack Obama picked sides in the Stanley Cup battle between the Chicago Blackhawks and the Tampa Bay Lightning by tweeting his support in a photo posted to Twitter Monday night.

In the message, posted from The official White House Twitter account, Obama and Rep. Mike Quigley are pictured holding a single Blackhawks jersey. 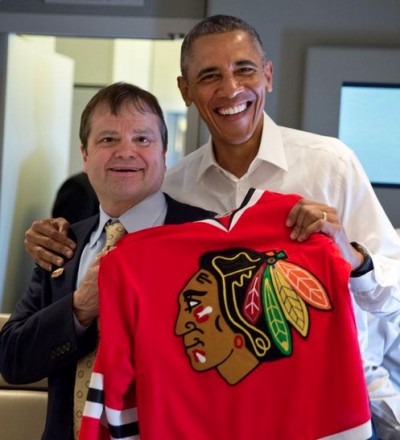 The caption read “Hey, @NHLBlackhawks! @POTUS and @RepMikeQuigley are fired up for Game 3 tonight. .”

The Blackhawks ended up losing the game 3-2 and are now headed into game 4 facing a 2-1 series deficit..

If the Tampa Bay Lightning go on to win the cup it will be their third Stanley Cup victory in six years.