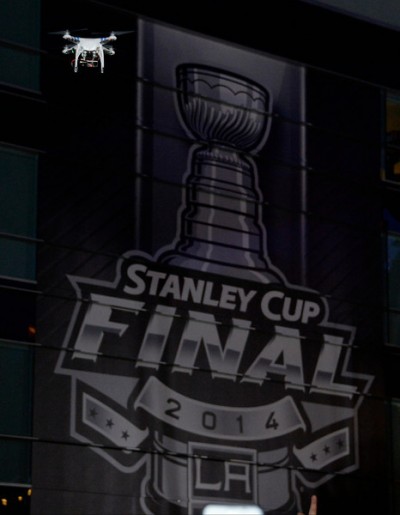 June 13,2014. Los Angeles. CA. A drone that was taking photos out side staples center after the LA kings won the Stanley Cup. The drone started to fly low to get closer photos of the fans and was knock out of the air when fans stated to throw water bottles and other objects at it. A LA kings rally towel hit the drone and it fell into the crowd and was broken in pieces. At this time no one was hurt and unknown who took it or who was flying it ? Photo by Gene Blevins/LA DailyNews