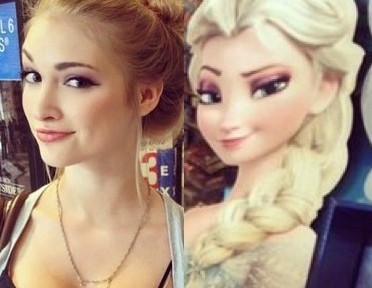 Anna Faith Carlson is the Florida teenager with an uncanny resemblance to ‘Frozen’ character Princess Elsa!

Carlson, 18, went to see the animated feature Frozen and that’s when she noticed that she had a fictional doppelganger. 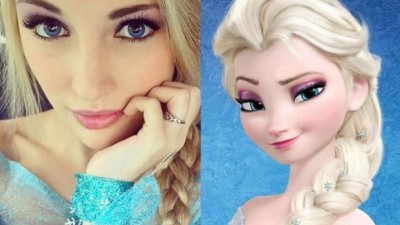 Anna hopes to use her newfound fame to get an audition for next season of Once Upon A Time, the live action version of Frozen.

Frozen is the highest-grossing animated film ever, and star Idina Menzel isn’t the only one cashing in on the movie’s success. If Anna gets her wish, we’ll see her in Storybrooke soon. source


The Florida teen posted a message to her 300,000 plus followers on June 12 to enlist their help in snagging her the Once Upon A Time role. “I know this is kinda a lot to ask, but it would mean the world to me. Can you take a picture from my page dressed as Elsa, post it and hashtag the words #AnnaAsElsa? I’m hoping to audition as Elsa on Once Upon A Time! You can do it on Instagram and/or Twitter. :) THANK YOU SO MUCH!” Anna posted on her Instagram page.
POST NOWTWEET NOW