The Nashville Predators‘ goalie, Pekka Rinne, actually lost the puck in his uniform holding up game play for over 5 minutes.

It happened at the United Center during their Stanley Cup Playoff game against the Chicago Blackhawks. 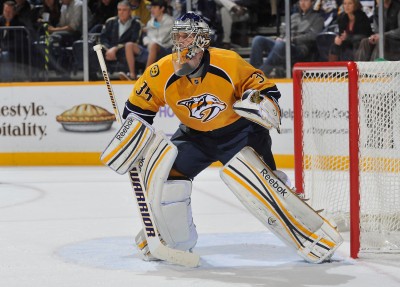 The announcer mentioned that he’d never seen a puck get lost in a player’s uniform. Rinne finally found the wayward puck tucked away in a seam in his right shin guard.