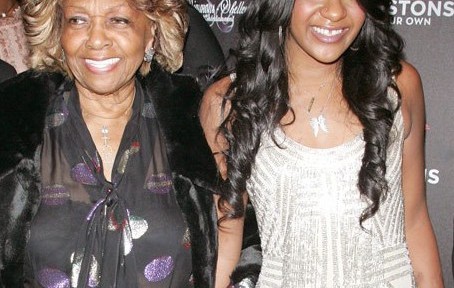 Cissy said, “Meeting with the doctors and understanding that she can live in this condition for a lifetime truly saddens me. I have just returned from visiting my granddaughter Bobbi Kristina in the hospital and while she is no longer in a medically induced coma she has a tracheotomy and according to the doctors she has global and and remains unresponsive. Cissy concluded, “We can only trust in God for a miracle at this time. Keep us in your prayers.” h/t tmz

Heaven only knows why on earth the two family’s account of Bobbi Kristina’s condition differs so greatly.