Celebrity chef Homaro Cantu was found dead in a Chicago building. Reports say the popular restaurateur committed suicide. He was 38.

Cantu, who appeared on numerous Food Network shows, was found unresponsive, hanging in a brewery he had connections to located in Chicago. Reports indicate an autopsy will be completed sometime today. 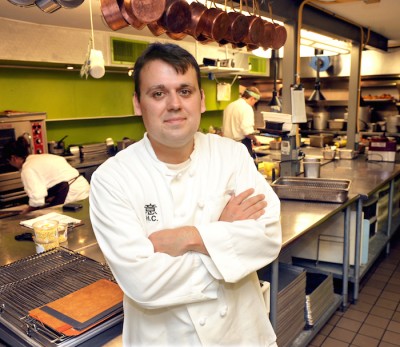 Homaro is survived by his wife Katie McGowan and their two daughters. h/t justjared

Our thoughts and prayers go out to Homaro‘s fans, family and friends during this difficult time.