Democratic Sen. Bob Menendez has been indicted by a federal grand jury on Wednesday on charges including conspiracy to commit bribery and wire fraud.

Menendez was charged with using his office to improperly benefit a Florida eye doctor and political donor. 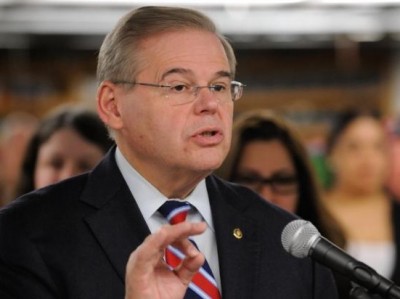 Prosecutors had been investigating whether Menendez improperly advocated for the business interests of Dr. Salomon Melgen, including by intervening on the doctor’s behalf in a medical billing dispute. Menendez has acknowledged that he flew on Melgen’s private plane to the Dominican Republic and failed at first to properly pay for the trips. He later made reimbursements. h/t yahoonews

Menendez, the top Democrat on the Senate Foreign Relations Committee, has previously said he’s done nothing wrong and that he and Melgen have been close friends for a long time.