LeAnn Rimes‘s ex-husband Dean Sheremet, is finally spilling the beans when it comes to his former private life with the country singer.

The couple enjoyed seven years of wedded bliss before calling it quits in 2009 and now, converse to common knowledge, Dean says it wasn’t LeAnn’s affair with Eddie Cibrian that caused the breakup. 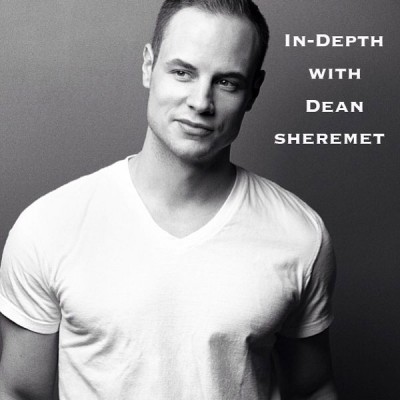 Sheremet made the revealing comments speaking to blog, Nat’s Next Adventure.

Dean says his inability to separate their professional and personal life did them in.

“Unfortunately, I think the business ended up destroying us … I was so intertwined in managing her career that I didn’t know how to make the distinction between husband and boss, husband and partner, husband and manager… I was husband, father, friend, lover, manager. There were so many hats and I didn’t know what hat to wear when.”

But he doesn’t let Eddie, LeAnn’s cheating Northern Lights costar, off the hook:

“If you’re in a room with him, he’s probably one of the most charming people you’ll ever meet. But I wouldn’t trust him as far as I could throw this f–king table. He just felt like one of those guys from the beginning. A total schmoozer. Very Hollywood.”

When Dean visited his wife on set — where the affair started — he could instantly sense something was wrong:

“There was this bar that everyone hung out at after set and I remember coming down the stairs and seeing the two of them shooting pool together. I could just tell by the body language that everything had changed. She’s shooting pool, shooting tequila, in a tight tank, tight jeans, over the knee boots and she’s standing across from him, playing with the pool cue. All of a sudden, there was a huge shift. My stomach dropped. I literally felt like I got hit.”

“The dumbest thing she ever did for her career was divorce me, because we were such a good team. The last hit song she had was when she was with me.”

Still, he feels badly for the woman he once loved:

“She really lives on the adoration of others. I could be speaking out of turn but this is my perspective. She lives and dies on the perception of herself. I sympathize with that [because] she’s been famous since she was 12 years old so she doesn’t know anything else. In L.A., there’s the paparazzi and that false sense of success, false security that you’re still relevant. If you’re in the magazines, then you matter. And that carried over to the divorce. She became even more ‘famous.'”

But his biggest regret isn’t their wasted years; it’s her wasted talent:

“She’s one of the most talented people I’ve ever met, has the most incredible voice, she’s flawless. But she got away from doing that and it breaks my heart. She’s gone away from what she was put on this earth to do. It’s all been at the expense of that.” h/t perezhilton

It’s taken six years, but it sounds like Dean’s found the answer to the question, how do I live without you?