After 15 years of wedded bliss, “Shark Tank” investor and star, Robert Herjavec, is headed for divorce.

Herjavec is pulling the plug in what could be his biggest investment, his marriage to Diane Plese. 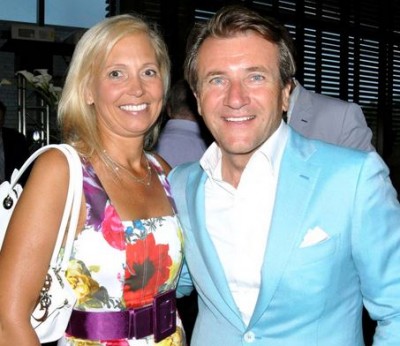 Herjavec tells TMZ he and wife Diane Plese are already legally separated and we’re told they will be divorcing soon. The couple married in 1990 and have 3 kids together, two daughters and a son. Herjavec, who is on the upcoming season of “Dancing With the Stars,” says … “Human Relationships are so difficult … I wish nothing but love and peace for our family as we move forward from this.” h/t tmz

Herjavec’s net worth is about $200 million so another relationship should be right around the corner. No word on whether or not a prenup exists.