For the last five years, Rymir Satterthwaite, has contended that he is the illegitimate son of rapper Jay Z, and by looking at his photo, you may agree. 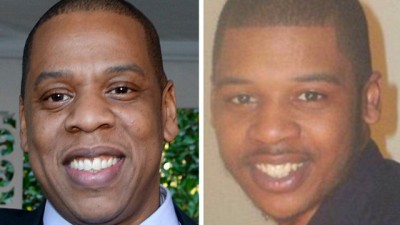 “It will work out, you’ll see,” Lillie Coley, his godmother, said. “The miracle will still happen. We’re up against a guy with all this money, and we’re still here.” Satterthwaite has started a Fundly fund-raising effort to help pay for college, medical, and legal costs. In the meantime, Satterthwaite is working on pursuing a rap career of his own, following his alleged father’s lead. “It was in my blood,” he said. “I really wanted to pursue my dreams. That’s what I’ve been doing, pursuing my dreams.” h/t thegrio

Satterthwaite’s mother, Wanda, claims that a high school fling with Shawn Carter, also known as Jay Z, resulted in Satterthwaite’s birth, after a second man with whom she also had a fling took a paternity test that turned up negative. Although she filed court papers requesting Carter take a paternity test in 2010, the case remains unresolved.