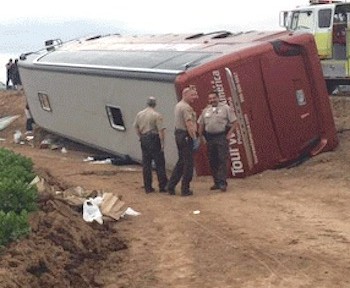 Several dozen people were airlifted to hospitals Thursday after a tour bus rolled over in Yuma, Arizona.

Lifeflight as well as multiple emergency agencies responded to the crash at around 10 a.m. near Avenue 6E  and County 3rd Street near Yuma. 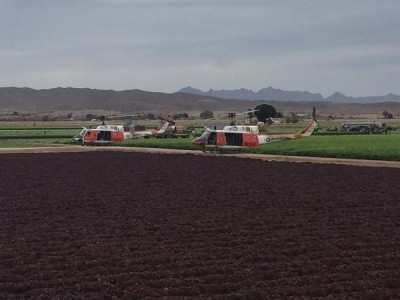 Two military helicopters from Marine Corps Air Station Yuma transported two victims to hospitals in Phoenix, the Yuma Sun reported. Another helicopter was on the way to transport more victims. Another bus was enroute to transport uninjured passengers, the newspaper reported. h/t fox5sandiego

The bus was on an agricultural tour of Yuma, according to Zalvala.