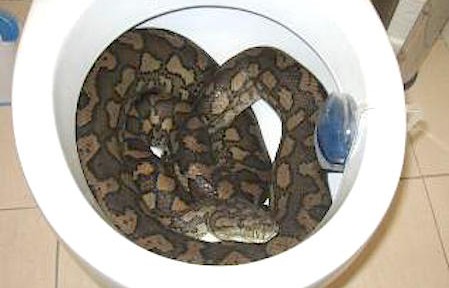 Stephanie Lacsa and Holly Wells, noticed the water in the office commode was higher than usual. 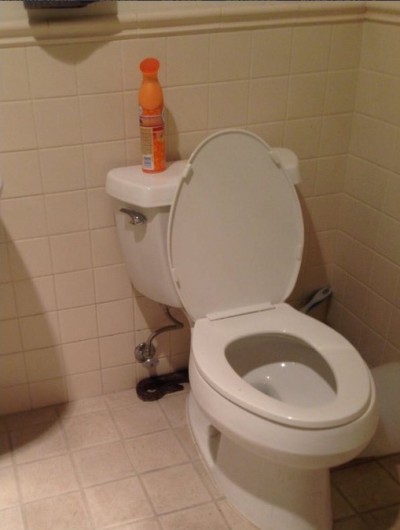 Lacsa told reporters she grabbed a toilet plunger to unclog it but noticed something coming out of the toilet. “As soon I saw the flicker of its tongue, I definitely knew that it was, in fact, a large snake heading straight toward me,” Lacsa told the San Diego Union-Tribune. Lacsa said she ran out of the bathroom screaming. She then taped the door shut before calling the San Diego County Department of Animal Services. When Animal Services arrived the snake had  exited the toilet and was coiled up behind it. Animal Services officers captured the snake and took it to a veterinarian. h/t myfox8

It is unclear how the snake got into the sewer system.