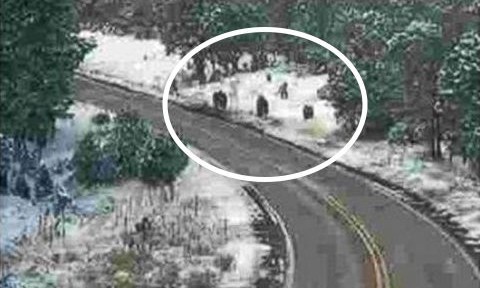 A pack of an unidentified species of large animal was caught on an Arizona Department of Transportation freeway camera.

The photo has sparked a viral debate on social media as folks muse that the strange sighting might possibly depict a family of sasquatch. 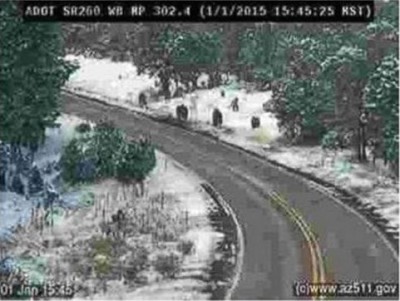 The post was shared nearly 3,000 times. Last week, another supposed sasquatch was caught on camera by a man in Florida.