A Laurel Co. woman was arrested for meth possession while wearing her favorite “I Love Crystal Meth” t-shirt.

Deborah Delane Asher, 37, was arrested and charged with trafficking controlled substances in the first degree after being found with 3.37 grams of crystal meth and a set of digital scales.. 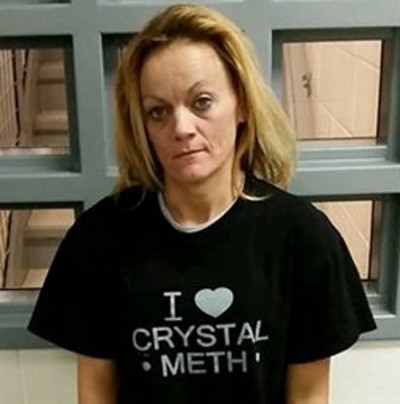 The Laurel Co. Sheriff Department wrote on its Facebook page: