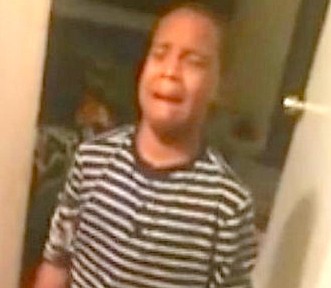 A mother is in hot water after pranking her young son by telling the boy he was infected with the Ebola virus.

The video, which appeared on Vine, was entitled “When you lie and tell a bad %ss kid they got Ebola.” 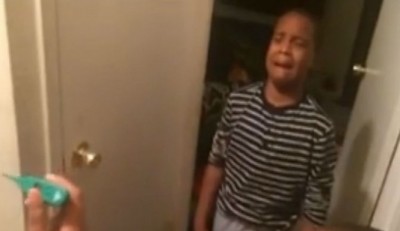 The Ebola Halloween prank video begins with a worried African American mother taking her small son’s temperature. She then states the following. Mother:….”Look at his temperature.” Man: “Oh he%l, no. This ni$$ga got Ebola.” h/t inquisitr

Just before the man finishes his statement, the little boy bursts into tears. Another small aged boy who had been inside the bathroom with them, quickly disappears just as the pranked boy starts to cry. The distraught boy appears to between 8 and 9 years old.