A Spotsylvania mother is under arrest on felony child endangerment charges after a picture of her 14-month-old son was posted to Facebook by the father.

The photo shows the toddler hanging from a cup hook suspended by his twisted t-shirt in a door jam. The boy is crying and obviously upset. 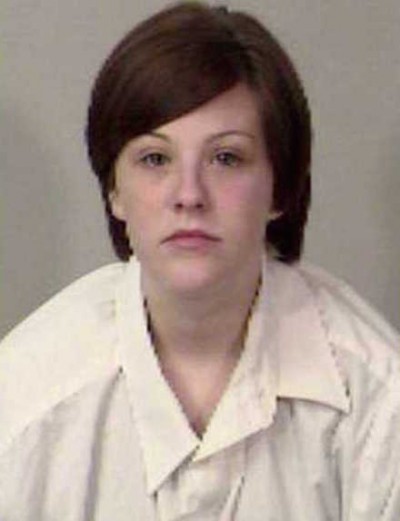 Investigators said they learned about the twisted photo from people on social media who saw the photo of the dangling boy and contacted cops.

“We had it assigned to a criminal investigation detective through the child victim unit. When she responded, she did an investigation and found that it wasn’t a nail, it was actually a planter hook that the child was hanging from. But the child was absolutely fine,” Sgt. James Konicki with the Spotsylvania County Sheriff’s Office said. h/t wtvr

The toddler’s mother has been identified as 18-year-old Alexis Breeden, who turned herself in Thursday afternoon after a felony warrant was issued for her arrest.

The child’s father posted the photo after an argument with the mother in an effort to “get her in trouble” Sgt. Konicki said.