The Washington gunman, identified as student Jaylen Fryberg, was crowned freshman class Homecoming Prince only two weeks before going on a shooting rampage..

All that positive attention didn’t stop Fryberg from calmly walking into his Marysville-Pilchuck High School and opening fire, killing one person and shooting several others in the head before turning the gun on himself, including some his family members.. 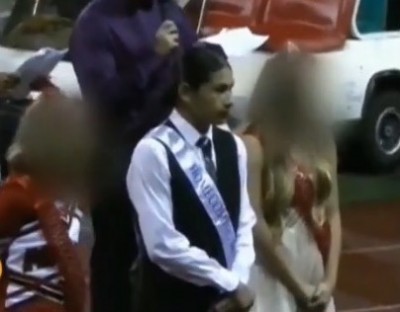 Two of the four teens shot were cousins of Fryberg, and “closer than brothers” according to family members.

“They’re just three complete buddies and they couldn’t be closer than three brothers,” said Don Hatch, grandfather of one of the victims. “Only God knows why it happened.”

Students on-scene report Fryberg glared at his victims as he shot them inside the cafeteria at Seattle-area High School.

Two of the girls shot and currently in ICU were identified as Shaylee Chucklenaskit and Gia Soriano, both 14.