The CDC has maintained that the Ebola virus cannot be transmitted through the air. But scientists a quarter century ago did in fact prove that an Ebola strain when contained to monkeys could spread airborne.

“We can never, say never, but I just don’t think the risk is very high,” said Thomas Geisbert, a professor at the University of Texas at Galveston who co-discovered the Reston strain of Ebola. 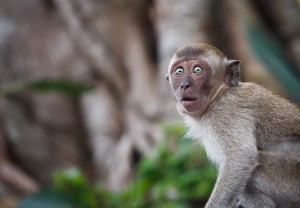 The 1989 episode at the suburban Reston, Virginia, monkey research facility — made famous by Hollywood movie “Hot Zone” — along with additional research by a scientist who helped fight the Reston outbreak and then went to Africa to treat a later Ebola outbreak in humans — leaves some of the nation’s top disease experts willing to consider that the Ebola virus could mutate or go airborne.

Officials say they understand how the virus is spread — direct contact with an infected person’s bodily fluids — and that talk of airborne transmission is unwarranted. To be sure, nothing would be more likely to set off panic among the public.