Second Dallas Nurse: CDC CLEARED Me To Fly With Fever 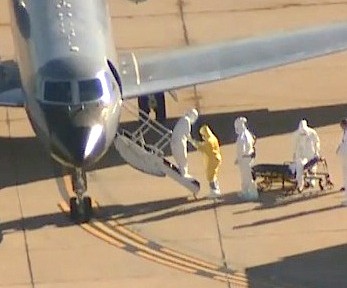 Just before 4:00 p.m. Vinson was transported by ambulance to Dallas Love Field Airport to be taken to Emory University Hospital in Atlanta for treatment. Around 4:40 p.m. Vinson was taken out of the ambulance on a stretcher, but then stood and walked up the steps and onto the specialized CDC Gulfstream III airplane. The plane began to taxi onto the runway at 5:00 p.m. and less than four minutes later was in the air. Officials with the CDC said Vinson’s condition is clinically stable. h/t dfw.cbslocal

Vinson spoke out after the CDC claimed that it was she who was at fault for traveling.