Tristen Kurilla, a A 10-year-old Pennsylvania boy has been arrested and charged with homicide after police say he beat a 90-year-old woman to death.

Authorities say the boy choked Helen Novak with a her cane as he punched her in the throat after she yelled at him. 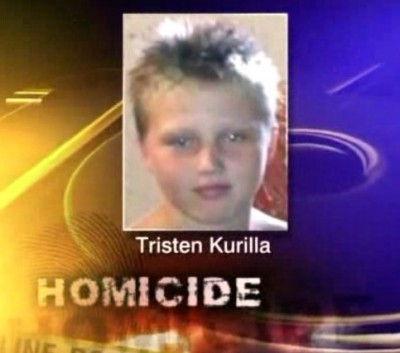 The Wayne County District Attorney’s office said the boy will be charged as an adult.

WNEP reported that Tristen Kurilla was visiting his grandfather at his home over the weekend. The boy told police that 90-year-old Helen Novak yelled at him and that Kurilla reportedly put a cane to her throat and punched her several times. h/t kdvr

Kurilla’s grandfather is Novak’s caretaker. He is now in the Wayne County Correctional Facility under no bond.