Texas Softball Bus Crash To Be Investigated As Homicide

A semi-truck crossed a highway median slamming into the side of the North Central Texas College Girls Softball team‘s bus, killing four young women and leaving more than a dozen others injured.

Oklahoma Highway Patrol Capt. Ronnie Hampton said the team’s coach, who was also driving the bus, and the driver of the truck escaped serious injury. It took more than an hour for cops to locate the truck driver and his vehicle. 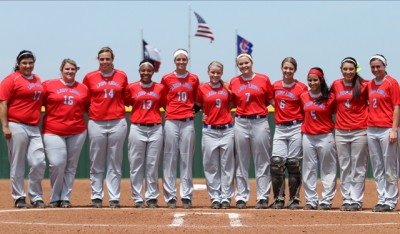 “When it impacted the bus, it just kept going and went off the side of road. … We knew we had a two-vehicle accident by what we saw at the scene. … But it took about an hour before we found the semi,” Hampton said.

“Right now, it’s being investigated like a homicide,” Hampton said, adding that both drivers will undergo standard toxicology tests. Hampton said details of the crash were still not known but “something happened to cause (the semi-tractor driver) to depart the roadway and impact the other vehicle.”

He said the accident will remain under investigation for several weeks.

“We have a lot of injuries, and a lot of death,” he told FoxNews.com. “It’s a tragic thing for everybody involved.” source

The team was heading home from a scrimmage earlier Friday against Southern Nazarene University, in Bethany.