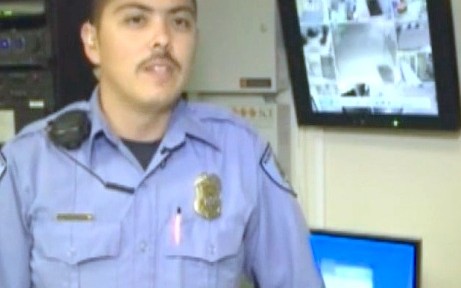 New Mexico police officers are saying a ghost is haunting their station, and they have the video to prove it.

Officer Karl Romero was viewing surveillance cameras in and around the station when he saw something walking around a secured area. 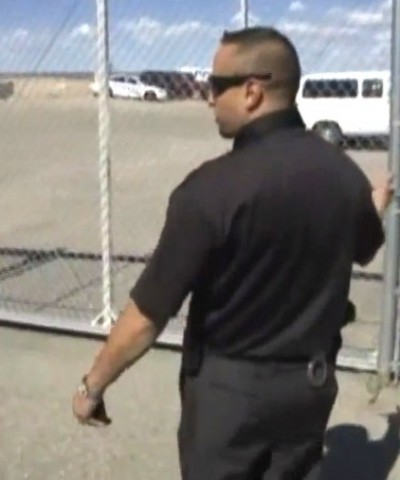 Romero reported the strange sighting to his supervisors, but when they inspected they area they didn’t find anything. “At first I thought it was an animal, an insect, then I saw the legs and it was a human. But not a real human. No. A ghost,” Officer Romero told reporters. Detectives said there is no way in or out of the secured area without the gates opening and an alarm sounding, so they have no explanation as for what was seen on the video tape. “It walks through the old transport cages,” Romero points out. “There’s not a way for it to get through, but it walks through that.” source

Turns out there are a lot of ghost stories around that station. Other officers have reported hearing or seeing strange things or felt someone ‘breathing down their necks’.