In anticipation of the physical release of U2‘s Songs of Innocence album, the band has released some artwork, including Glen Luchford‘s strange cover image of Larry Mullen Jr, depicted protecting his 18-year-old son.

The Mullen “all in the family” artwork is supposed to resonate with their 1979 debut album Boy – and the album War, four years later. 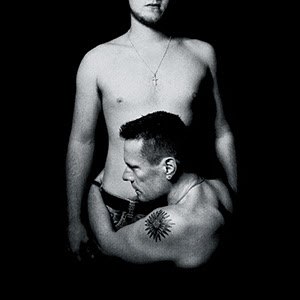