OK Teens INJURED After McDonald’s SIGN Crashes Down On Car

Two Weatherford, Oklahoma teens were sent to the hospital after a McDonald’s sign crashed down on their vehicle as they waited in the drive-thru.

The huge McDonald’s sign fell on two cars that were in the drive-thru, trapping one driver for 15 minutes, according to the Weatherford Fire Department. 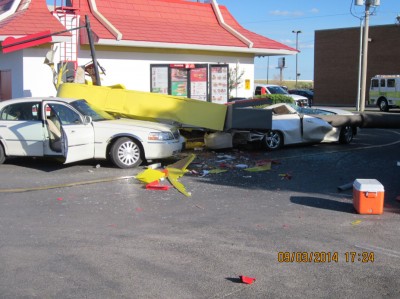 Officials say they do not know why the sign fell. The drivers in each vehicle were taken to a nearby hospital. Officials say they were both alert with no obvious major injuries. The fire department says it is a good thing there were no passengers in either vehicle. source

Mike Karlin, the interim fire chief, believes the accident would have been much worse had there been any passengers in the first vehicle.