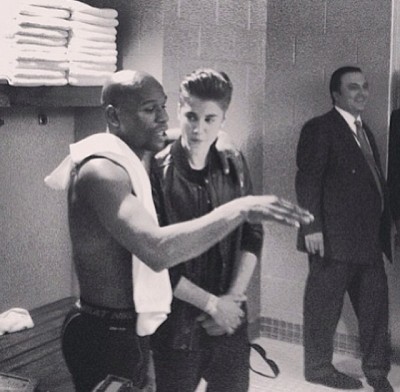 Power 105.1’s The Breakfast Club has added more fuel to the fire by releasing audio of Mayweather struggling to read a simple radio promotion.

Q: “So how do you explain Floyd Mayweather from that standpoint? He certainly is not afraid.”

A: “Not of fighting,” Pacquiao said, “but perhaps of what one night could do to his zero of losses. I think I finally understand him:…what he says,…how he acts,…and I don’t like it. But what l learned and heard from him, well, I realize why he is like that. I understand sometimes when the people are not educated they just talk to talk. He sets a very bad example.”