Steven Seagal is Needed in Russia 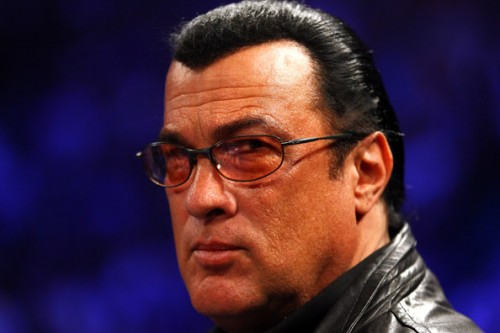 “Seagal’s action films are popular in Russia and he has met the president several times. In what seemed to be a choreographed incident, Seagal rushed into a crowd of children trying to pose with Putin and pulled him out, as if acting as his bodyguard.”

WHEW! Thank God Steven Seagal was there to protect and serve! Who knew Steven would be needed? He also helped Anderson Silva in UFC 126 where he knocked out Vitor Belfort with this devestating kick to the face!

“Steven Seagal helped me perfect that kick. That was a kick we were working on before I stepped in,” Silva said through a translator at the post-fight press conference. “This was a kick that I trained a lot.” -Anderson Silva