ZZ Top announced that bassist, Dusty Hill, slipped and fell breaking his hip while on the band’s tour bus. The injury prompted the Texas Trio to call off the rest of their tour with Jeff Beck. 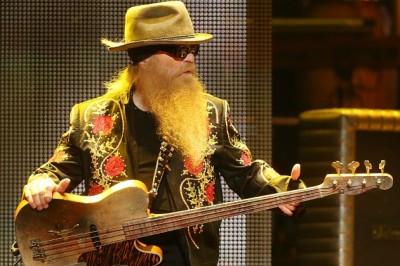 The scheduled gig in Clarkston, Michigan, is called off. Beck and his band will still perform the following three dates: August 29th at the Seneca Allegany Casino in Salamanca, New York; August 30th at the Concert Venue at Harrah’s in Atlantic City, New Jersey; and August 31st at the MGM Grand Theater at Foxwoods in Mashantucket, Connecticut. Tyler Bryant will open.
source

“While we are very disappointed to not continue this tour with ZZ Top, our thoughts and best wishes are for Dusty to have a speedy recovery,” Beck said in a statement.