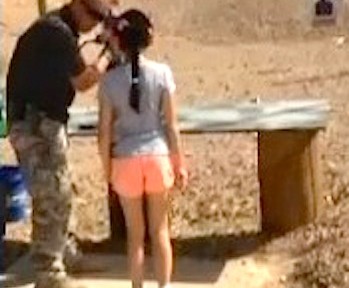 The tragic incident of a 9-year-old girl who accidentally killed her shooting instructor while learning to fire an Uzi submachine gun, was caught on tape just moments before the disaster.

Charles Vacca, 39, died at a hospital late Monday night after he was shot in the head. 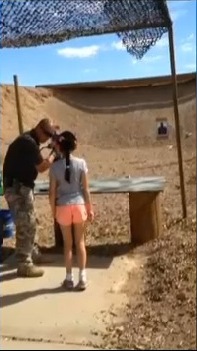 The Mohave County Sheriff’s Office said the girl was with her parents. The website of Bullets and Burgers, the shooting range where the accident happened, says children between the ages of 8 and 17 can shoot a weapon if accompanied by a parent or guardian. source

Police identified the weapon as an Uzi, an Israeli-made submachine gun.