Gucci Mane To Rot In Federal Prison Until Age 38

Rapper Gucci Mane was sentenced today to serve three years and three months in federal prison, meaning, he will serve out his full sentence as the federal prison system gives no time off for good behavior.

Gucci, 34, real name is Radric Davis, plead guilty to a federal firearms charge a few months ago. He will be aged nearly 38 by the time he sees the light of day. 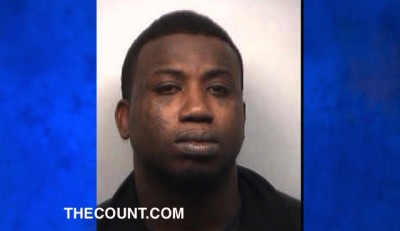 The judge also ordered the rapper to serve three years of supervised release with extra limitations on his travel during that time and to pay a $5,000 fine.

Federal prosecutor Kim Dammers said she believes the sentence outlined in the plea agreement is appropriate given the seriousness of the offense and Davis’ lengthy and violent criminal history, which includes convictions for battery and aggravated assault. U.S. District Judge Steve C. Jones told Davis he’s heard from his nieces and nephews that the rapper is a talented musician with a potentially bright future and warned him not to squander that. “You’re still a young man, and you can still do a lot if you follow and abide by the law,” Jones said.

Davis’ lawyers asked the judge to consider recommending that he get credit for about 11 months served in the DeKalb County jail since his arrest in September. The judge said he would consider that but that he felt it was a matter for the Bureau of Prisons.