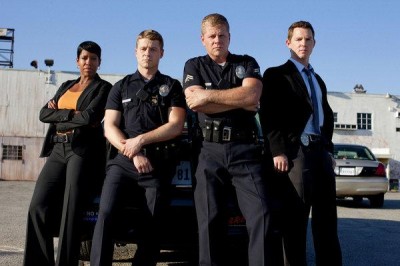 In mid-September 2013 the plaintiffs say they saw his autopsy photo at the beginning of Southland, apparently taken while his body was in the custody of the country coroner.

The suit filed on behalf of the late Andy Nelson Abarca, who the suit says was murdered in 2005, says the defendants are Warner Bros. Television, producer John Wells, NBC, Turner Network Television, the city of Los Angeles, the County of Los Angeles and Warner Home Video.

According to the suit Andy Nelson Abarca was murdered on Sept. 28, 2005.  source

The family had no knowledge of the photo and never authorized its release, per the suit.

Southland aired on NBC in April and May 2009 and then on TNT for four seasons, before ending its five-season run in April 2013. It was described in press materials as a realistic show about Los Angeles police officers, both their lives and work.