HANK WHO? Kendra Wilkinson CLOSES CLUB! Is She Moving On? 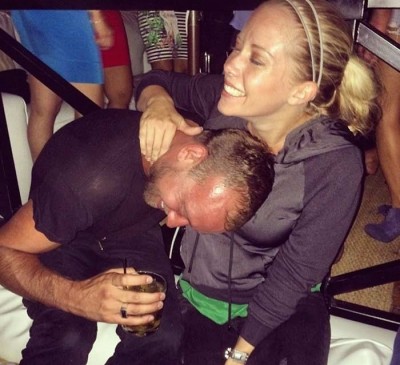 Kendra spent the evening/morning drinking and dancing with a large group of friends at the owner’s table. The photo clearly shows her behind the velvet ropes in the middle of a rocking dance floor. Reports of the couple’s impending demise have been well documented after Hank’s alleged affair with transsexual model Ava London. Kendra hasn’t worn her wedding ring in public for weeks … and Hank continues to beg for forgiveness on a daily basis. source

The chances of them getting back together keep looking worse and worse, despite the two giving birth to their second child just two months ago.