An embarrassed and yet unidentified California woman who sent chills through her small community by anonymously leaving dolls on neighbors’ doorsteps, says she is now embarrassed by the misunderstanding.

Porcelain dolls were left at the homes of fellow churchgoers that some say eerily resembled their own daughters, and for good reason, the woman fashioned the dolls so. 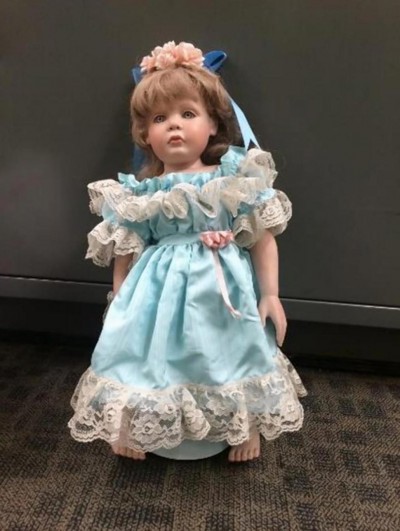 The dolls, some wearing fuzzy slippers or frilly gowns, turned up at more than a half-dozen homes in San Clemente last week, according to Orange County Sheriff‘s Lieutenant Jeff Hallock. Interviews with families that received the dolls led authorities to the local woman, who then admitted her involvement, he said.

She has not been publicly identified. The woman, who attended church with most of the girls’ families, said she did not mean to scare anyone, he said. “She felt like some of the girls would enjoy the dolls,” Hallock said. source

She has daughters of her own who are too old to play with dolls, he said.

The woman said she wanted the dolls to resemble the children who received them and matched their hair and eye color, Hallock said.