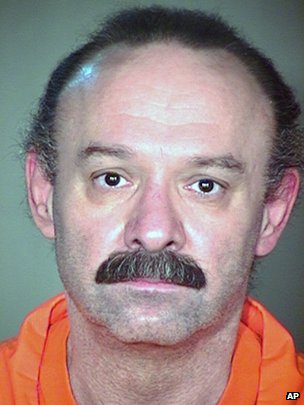 It began at 13:52 (20:52 GMT), and Wood was pronounced dead at 15:49, one hour and 57 minutes later,according to the Arizona attorney-general’s office. Wood’s lawyers filed an appeal for an emergency stay of execution, after he had been “gasping and snorting for more than an hour” in the death chamber. They argued the extended execution process violated Wood’s right to be executed in the absence of cruel and unusual punishment. source

Wood was convicted of the 1989 murders of his estranged girlfriend Debra Dietz and her father Eugene Dietz.