A man was shot in the neck at Fashion Show Mall located on the Las Vegas Strip, say Las Vegas Metro police.

Calls flooded 911 operators as witnesses reported a fight near the mall’s food court prior to the shooting. Police believe the shooting may have been gang-related. 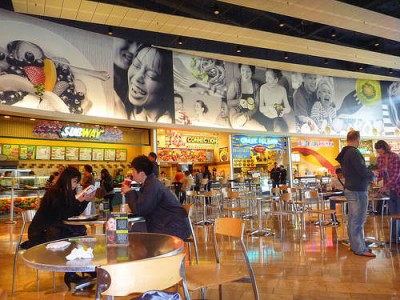 Police received a call about the shooting about 6 p.m. Metro’s Lt. Mark Reddon said the man was shot near the food court and ran down an escalator to the Steve Madden shoe store. His condition is not known. Police closed portions of the mall as they investigated and evacuated as many people as they could, Reddon said. source

Reddon said police were searching for two men who fled the mall in a blue Dodge Magnum.