Bobby Brown performing with his old group New Edition, could hardly finish the routine and appeared to need oxygen.

Brown performed in Mississippi last week and was so out of shape he stopped dancing, mid-song, bent over, and held his knees in apparent exhaustion. 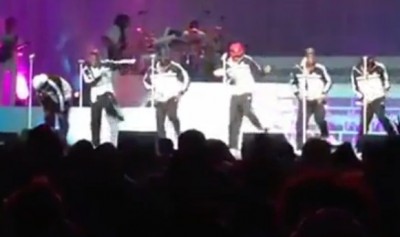 Watch the video closely, Bobby starts off OK … but then skips a move altogether. Then another. Then he just flat out stops, doubles over, and eventually walks off. He needs a candy girl to get his blood sugar up. Or he needs to stop smoking.