Singing Marine With One Leg STUNS Judges On AGT

Sal Gonzalez, a former U.S. Marine who lost his leg fighting in Iraq, stunned the judges on “America’s Got Talent” and brought the audience to tears and their feet..

Gonzales lost a good portion of his leg in 2004, but that hasn’t stopped him from following his dream of being a famous singer. 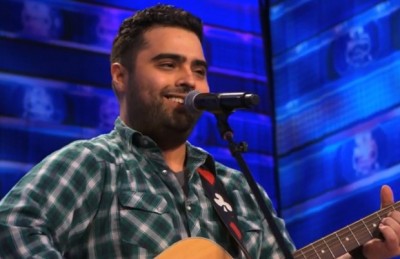 He works for the Wounded Warrior Project, an organization that serves veterans who are injured in combat. But as it turns out, he’s also an aspiring singer with a wonderful voice, which was on full display when he auditioned for the popular talent show. source

Before belting out Bill Withers’ “Ain’t No Sunshine,” Gonzalez showed his prosthetic leg and described how music helped in his recovery process following the life-altering accident.